Vivity complements Alcon’s existing IOL portfolio by providing an additional option for cataract patients to treat presbyopia. A first-of-its-kind, non-diffractive lens that offers a continuous extended range of vision while maintaining a low incidence of visual disturbances, like a monofocal IOL Vivity launches in select European countries with additional markets coming throughout 2020

2. Following FDA approval in February, Alcon will begin launching Vivity with select U.S. ophthalmologists over the coming months, with broader U.S. availability to be announced later this year.“As we continue to focus on the ongoing launch of PanOptix® in the U.S. , we look forward to launching Vivity as a complementary lens in more markets throughout the year,” added Onuscheck.Alcon is the leading manufacturer of intraocular lenses. Of the 20 million cataract procedures conducted globally each year, only 4% of patients receive PC-IOLs. Now, with a lens that offers a visual disturbance profile comparable to the industry-leading AcrySof IQ monofocal lens, Vivity offers cataract surgeons another option to deliver better outcomes for their patients.

About Cataracts
A cataract is a cloudy area in the natural lens of the eye that affects vision. As a cataract develops, the eye’s lens gradually becomes hard and cloudy allowing less light to pass through, which makes it more difficult to see. The vast majority of cataracts result from normal aging, but radiation exposure, taking steroids, diabetes and eye trauma can accelerate their development.

3. Cataracts are the most common age-related eye condition and the leading cause of preventable blindness.

4. Cataracts are treated by removing the eye’s cloudy natural lens and surgically replacing it with an intraocular lens or IOL. More than 98% of cataract surgeries are considered successful, and patients typically can return to their normal routines within 24 hours.

5. About Presbyopia. Presbyopia is a common, age-related vision condition in which people have difficulty focusing on things up close. It involves the gradual loss of the eye’s ability to focus on close objects, such as smartphones, computers, books and menus.

6. Almost everyone will experience presbyopia to some degree as they age, with symptoms often first appearing as an individual enters their 40s and continues to worsen into their 60s. 6 The condition is not a disease, so it cannot be cured; however, there are safe and effective ways to correct presbyopia, including eyeglasses, contact lenses or refractive surgery.

About Vivity
The non-diffractive AcrySof™ IQ Vivity™ Extended Vision Posterior Chamber Intraocular Lens Model DFT015 (referred to as AcrySof™ IQ Vivity™ IOL) is an UV-absorbing and blue light filtering foldable intraocular lens (IOL). This IOL, compared to a monofocal IOL, provides an extended range of vision from distance to near without increasing the incidence of visual disturbances. Potential side effects: As with any surgery, there is an implicit risk, whether or not the IOL is implanted. The complications of the IOL implantation surgery ranges from minor side effects (usually temporary) to serious complications. Patients with previous illnesses or disorders (such as chronic infections of the eye or eyelids, or diabetes) may present a higher risk of complications. Temporary surgical complications include, but are not limited to, reactions to medications such as irritation or mild allergic response, bleeding, redness, itching of the eye, sensitivity to light, swelling, Corneal edema (swelling of the cornea), problems with the iris, cell growth in the IOL, and an increase temporary eye pressure. There is a small risk of needing further surgical treatment (such as IOL replacement implanted by a different one or surgery to improve vision) after the implantation of the initial IOL. A toric IOL corrects astigmatism when it is placed in the correct position within the eye and remains in the intended position. If the IOL is not correctly positioned and does not remain in its intended position to correct astigmatism, you may experience visual distortions, where curved lines appear inclined or flat surfaces will appear curved. These visual distortions can make you dizzy. 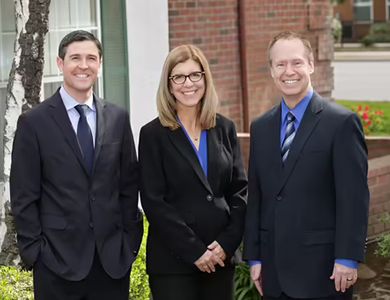 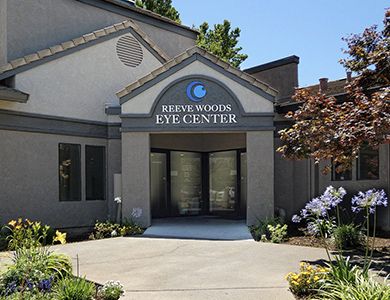 Please use the form below to request an appointment. Our team will connect with you shortly to confirm your appointment. Thank you!

We've copied your review, after you click 'Publish' please paste your review by selecting 'ctrl' + 'v' into the review comments section.